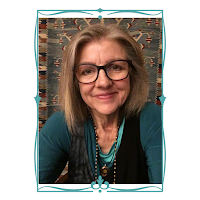 EADIE MILLER ~ WHO AM I?


Hmm. That’s the question I’ve been searching for an answer to, for the last twenty or thirthy years, or maybe forever if the truth be told. Consciously, I've been searching ever since I realized that when I got beyond the stuff that goes on census forms, I only knew how to frame an answer in terms of my relationships – wife daughter neighbour friend ~ or perhaps as 'victim', 'loser' , failure' ............and that was disconcerting, to say the least. So my journey has to been to know those aspects, learn to love them, and care for them, and in the process heal them, and grow into being a better version of my self, closer to someone who I can truly like as well as love, honour and respect, as well as understand. And in the process was birthed a joy to share what I have learned, and in helping you, to help myself, and in helping myself to help YOU, and together help us to help the world.
The census stuff ~ born in Africa, in a small town that used to be called Umtali, in what was then Southern Rhodesia. Three half-siblings, all a generation older than me. My father’s first wife died of a heart attack one afternoon when she was helping at a local fete, and a couple of years later my mother took on the parenting of 17 and 15 year old girls and a 13 year boy. Brave lady. She cancelled her ticket to travel to England to train as a missionary when my father proposed. He was a second son who didn’t inherit the family farms (five of them) which went to his brother who died in The Great War and so the farms and lands passed away from the family. My eldest sister was 20 when I came along ~ 3 October 1953 ~ in the middle of a heatwave. Libra, Libra rising, and Ascendant. Mercury, Saturn, Neptune and Lilith there too. Venus and Mars both in Virgo, and a Leo moon. Way too much air for comfort. Endlessly driven by an insatiable desire for peace and harmony, balance and beauty, and fair play. And books ‘n learning. And growth, healing, helping all of us to become "more" and "better".
Back to the census; married in ’75, divorced in ’77. Remarried in ’79 and immigrated to Australia in 1990. No children, thank God, and never wanted any. It puzzled me that anyone would choose to bring a soul into this wreck of a world simply because it was the done thing, or they liked the idea of having children. Like getting a puppy. It didn’t seem fair that said children didn’t have any say in the matter …. Okay. So I've learned to see how valuable children are, and also an IMMENSE respect for anyone who takes on the role of parenting. And even more respect for those of us who parent our inner children ...........
Still married – 35 or 40 years on or so now, in a tumble-drum of a marriage that is still shaping the corners of this square peg into some semblance of polish while I search for the appropriate sacred geometric shape, the precise platonic solid that fits my own particular brand of individuality. Of course, really, we each are all of them, circles and spirals, and stars and diamonds, all part of our magnificence.
More words? Searcher, seeker, and wanna-be wisdom keeper. Compulsive grower of green things, and picker up of significant stones, and sticks, and pebbles, and bones, and feathers ~ creator of random show and tell tables and outdoor altars. Perhaps I should have said “compulsive attempt to grower’ since I live on a stony rocky north facing hillside that’s lost all its topsoil and bakes dry in the sun, and while the rocks thrive, the plants don’t have it easy. Of course, it took me a while to learn to work with nature instead of fighting it!
Lots of the sticks go on clean-up bonfires, but way too many get saved because they’re pretty, or curious, or twisted, or straight, or just fit my hand nicely to hold. Like the stones …
No early career worth mentioning. Back then, I wanted to be an archaeologist or a librarian, explore languages and research and find out what lay beyond, behind, before, below, but university wasn’t an option and so I settled for secretary. And various other odds and ends at various times ~ but mostly ‘housewife’. That’s been an interesting journey to the deeps and back, as I lost myself and learned to find myself. And still explore what lies beyond, behind, before, below, above, and most of all within.
So who am I? A spark of the Great Mystery, and A Work in Progress.


~ I am Eadie ~
a 'normal' everyday human being, if there is any such thing as normal ~ and I’m also a Divine Being, a Starchild, an Atlantean High Priest, a Melchizedek Ambassador in Service in Love to this Earth plane ~ and so much more.
And so are you ....


I was asked to do some musing on things I love and value and enjoy ~ this is some of what came out......... I wonder if you are drawn to any of these things too?

Paths ~ winding through trees, forests, country settings, the classic paths with stepping stones, and what's around the corner

Arches, doorways, and holes in trees ; openings into other worlds and realms

Swirls, spirals, octahedrons, sacred geometry and the cycles of time, "what goes around, comes around" .

& rocks of every description! 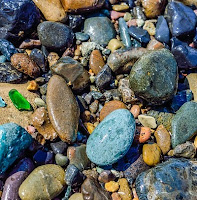 There is ALWAYs more to learn, discover, unfold ~ "There are greater things 'twixt heaven and earth, Horatio, than dreamt of in our philosophy"


and most of all
Walk gently on the earth, leave no trace, do no harm, create beauty,
and honour the God in All Life 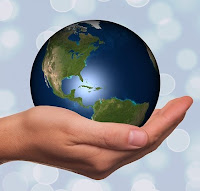